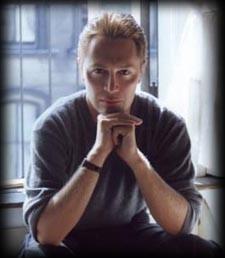 White Shadows, Black Dreams, a screenplay by Justin Swingle is a

look at the all-but-forgotten African American heroine from the 19th and 20th centuries, Sarah Breedlove, a.k.a. Madam C.J.Walker. In several decades of studying women's issues, I had never come across this remarkable woman before Mr. Swingle made her the protagonist in his rich and worthy screenplay in which he displays an amazing feminist perspective.

This is the story of a black woman born into poverty immediately after the emancipation of slaves and her victorious rises to personal greatness, economic success, and public contribution as the seminal self-made female millionaire.

Mr. Swingle's dialogue brings his characters alive with sometimes heartbreaking veracity, but always with a warm sense of humor about human foibles. May we see many more stories like this inspiring woman.

Her passion for movies has led to work as an archivist for the San Francisco International Film Festival and to writing for their festival catalogue, to being appointed as a board member of the Santa Cruz Film Festival, and to her own column "Femme Film Reflections" on www.HeadlineMuse.com. Her film commentaries and analyses are published in a variety of venues, including The San Francisco Jung Library Journal, on www.cgjungpage.org, and in the forthcoming anthology on the Argentine director Eliseo Subiela, Under Other Skies: The Films of Eliseo Subiela. (ed. Nancy J. Membrez). Her next book about how to "read" a film for deeper meaning and the potential transformative nature of movies will be published in 2003.