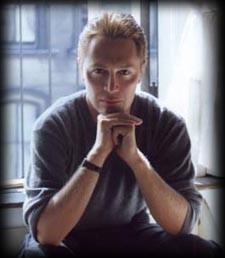 "There's such a cool, passionate force to this story."

"This is the type of small indie that – when cast and marketed correctly – gets all those accolades that tip people toward great things."

"The characters are also meaty enough to attract heavy hitters to play them and it would be relatively inexpensive to make, baring a couple cameos that might be easy or difficult to arrange."

"I also think that people would go gaga over this type of unhygienic, imperfect romance."

Well, this is one wild ride of a romance…and I kind of love it. It's super short, almost feels more part musical-part play, even though there isn't any music.

I could absolutely 100 percent see Bill Nighy as Ryan and Joel Kinnaman as Liam. There's such a cool, passionate force to this story. It's twisted and fast and frenetic and difficult to follow but not once during the entire time that I read it did I not believe they were actually in love and that they were perfect for each other. That's pretty special, especially with the crazy circumstances presented here.

The writer describes this as the edgy, gritty version of Notting Hill, and it kind of is with a world-renowned rock star who sort of gets taken with his crazy vagrant stalker who's known around Notting Hill for eating squirrels and having an abusive mother and who feels so comfortable with Ryan from the start that even while they're fighting and deciding how they feel about each other there's an electricity there, and sense of purpose and style. This is the type of small indie that – when cast and marketed correctly – gets all those accolades that tip people toward great things.

The cool thing about this story as well is that it's presented very minimally here in terms of description. It feels like the perfect blank canvas for a director to swoop in and really make it their own. The characters are also meaty enough to attract heavy hitters to play them and it would be relatively inexpensive to make, baring a couple cameos that might be easy or difficult to arrange.

I definitely think, too, that more could be added at a director's discretion. The plot itself is relatively thin, relying far more on character to hold our attention, which it does. I don't necessarily think additional stuff is called for, though. We all dream of meeting our soul mate but we never expect our soul mate to be so fricken difficult to deal with. That's what this story is. It's trying to deal with fate, two characters that need something…who find it in each other…and who struggle to come to terms with it, to move past the awkward transitional period into something that works.

The one thing that could be added is a slightly more developed introductory scene for Ryan, the rock star. We sort of jump right into Liam stalking him without really getting a sense of what is missing in Ryan's life that would draw him to someone like Liam. Sure, we get some passing acknowledgment that Ryan's life has become sort of hermetic and sterile, everything provided for him, everyone trying to kiss his ass, but I think the writer could beef up the beginning a little bit by showing us what Ryan's really up against in this world. Give him a reason to want to be with Liam, so that the audience can feel a compelling mixture of emotions through – both feeling like he needs Liam but also acknowledging that Liam's about as sane as someone constantly medicated with LSD. I think this is important because this is really a story about two characters. Liam gets a fully rounded arc, arriving at the end of this piece with a slightly tighter grip on reality. What does Ryan get? I think he gets someone who challenges him and who actually cares about him. However, because Liam is a crazy stalker, to facilitate the audience's desire to see Ryan paired with Liam in the end and not just go, "whoa, he chose crazy?!?!" it could help to add a small scene or a couple of scenes at the beginning where we get a glimpse of Ryan's ennui.

I think this would be a fascinating story to hear read live.  Also, I would love to see this made, and I would encourage the writer if he can to consider making a short of this to use as a selling tool. I think getting a little glimpse of the atmosphere and characters here will help sell this great wackiness. I also think that people would go gaga over this type of unhygienic, imperfect romance. Sort of like Blue Ruin but with gay men and a happy ending.